WHAT IS PROPTECH? A BRIEF HISTORY

Technology’s potential to transform us is more apparent than ever before. Over the last several years, especially, we’ve watched it improve the quality of human lives and turn global industry upside down.

We’ve already seen widespread and well-publicized innovation in finance, health services, transportation and other sectors. But in the midst of these loud technological takeovers, the real estate industry has quietly been undergoing changes in its own right. This complex, multi-faceted and high-stakes industry is rapidly becoming one of the hottest for entrepreneurs and investors alike.

And so, the PropTech sector has been born. Short for Property Technology, the term now refers to the myriad of startups and new technologies cropping up in response to decades of inefficiencies and antiquated processes in the real estate industry. Its meaning describes technology and real estate coming together to propel the industry forward. PropTech is also referred to as CREtech (Commercial Real Estate Technology) or REtech (Real Estate Technology) in the United States.

The PropTech ecosystem is flourishing, thanks in large part to ample venture capital, community efforts in local tech hubs, and an increasing realization that we truly need innovation in the sector. But you may be wondering: when and where did it all begin, and where is it headed?

The First Generation of PropTech

One could argue that the sentiment behind PropTech began trickling in with the dawn of the internet age, when people began realizing technology’s potential to bring transparency and efficiency to real estate. However, the first generation of PropTech companies as we think of them now emerged in the early 2000s with property search/listing engines such as Rightmove in the UK and Trulia in the US – two companies which have spawned other successful, similar companies (i.e. Zoopla and Zillow) to replace traditional real estate agency models.

Property search was an obvious initial area for improvement. But now, it’s just the tip of the iceberg of problems PropTech is helping to solve. Over the past several years, startups around the world have shaped their PropTech business models to allow for great advancements, including:

Is PropTech the Next FinTech?

Startup and technology headlines from 2015 boasted about the latest and greatest in FinTech. Is PropTech ready to experience a similar explosion in popularity? The trajectory of investment and buzz certainly suggests so.

Real estate tech startups around the globe raised $1.7 billion worth of investments in 2015 – that’s an 821% increase in funding compared to 2011′s total. And, as you might expect, 2016 is already on track to surpass funding totals from 2015.

Additionally, the launch of Europe’s first PropTech accelerator, Pi Labs, in London has proven to be a kickstart in innovation for the PropTech community. Pi Labs founders and investors envision it as the platform that will create the next Zoopla, the next Airbnb and the next Nest.

The Rise of PropTech Companies

PropTech has already produced a number of outstanding companies that have found success in recent years using a wide variety of technologies for practical applications.

Technological advancements in deep learning, AI and other big data technologies are driving significant innovation in all areas of the property sector. Turning big data into smart data is the primary vision of Nest, a company that is revolutionizing smart homes with adaptive and efficient thermostats, smoke alarms and security cameras of the future. Companies such as LEVERTON are utilizing deep learning to extract and manage key data from real estate documents. Urban Intelligence, a planning policy information service for property planners, gathers large amounts of data to identify risks and opportunities. Similarly, VTS and Hightower offer cloud-based lease dashboards that utilize market intelligence for reporting, monitoring, and approval.

Other advancements include crowdfunding technologies powering companies like Property Partner, which allows people to purchase small shares of rental property for as little as £50. And virtual reality, yet another area to note, is utilizing 3D imaging for property mapping and consumer property search. California-based immersive VR firm Matterport, for example, has just acquired London’s Virtual Walkthrough – a purchase that champions the latter’s 360-degree virtual tour technology.

Co-working and co-living spaces are also worth mentioning as potentially lucrative models of the future. Perhaps the best example is the now global franchise WeWork, which recently launched its first residential building – WeLive – on Wall St.

Coinciding with the growth of new, young PropTech startups are key developments coming from first generation players. The merger of Zillow and Trulia saw the joining of two powerhouse rival companies, and Zoopla’s investment in four bright PropTech startups showed its desire to bring more to the table as competition increases. The sector is proving itself overall to be nimble and intelligent in decision-making.

Challenges, Solutions and the Future of PropTech

Despite this growing success, PropTech still faces challenges as an industry that go beyond the problems companies are hoping to solve.

Legislation and politics, to an extent, dictate the spread of innovation. Although real estate technology visionaries would like to see smart homes and cities come into existence as quickly as the underlying technology is created, often they must first navigate legislation involving privacy and infrastructure, as well as juggle the vested interests of many different parties. Moreover, many young PropTech startups simply do not yet have access to the industry and associated data.

PropTech meetups and seminars aim to address these concerns by utilizing the greatest available tool: collaboration. In London, two recent events have been successful in drawing attention to both sides of the PropTech equation (newer startups and large real estate industry players). These events are Propteq Europe and FUTURE: Property Tech – both of which are expected to capture larger audiences, generate more buzz, and promote industry advancement over time. Additionally, the German PropTech Initiative (GPTI) was founded with the goal of fostering collaboration and innovation in the German PropTech community.

By bringing together founders, corporates, and government officials to exchange ideas, the momentum can only increase for this promising sector. The PropTech journey is still just at its beginning. 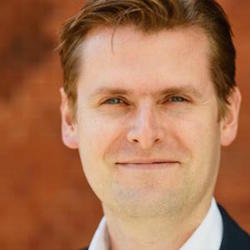 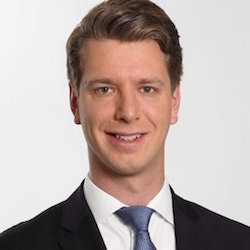